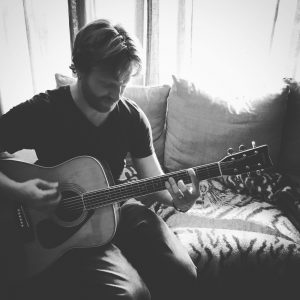 All of my tunes start out on an acoustic guitar. In some ways that might box me in a little but as someone that has played a fair amount of acoustic gigs over the years, the songs have to work on an acoustic. And creating the ‘full band’ versions of tracks are equal parts exciting and frustrating. I’m not an incredibly proficient guitar player, bass player, piano player, etc etc…so there’s a lot of trial and error to get things sounding right. In fact, after the first round of mixes returned, it was evident that a few of the songs still had something missing… So back to the drawing board I go.

In most cases a simple lead line or a harmony did the trick, because the music as well as the lyrics need to give the listener cues as to where you are in the song – are we in the verse? The chorus? Somewhere in between?

But after all the layering is done, can the song still stand on it’s own? Can it carry it’s own weight?

For years I’ve kicked around the idea of putting out a project that has two different versions of each song as a complete album but never really followed through. I remember getting Josh Ritter’s “The Animal Years” on vinyl and it came with a bonus CD of the entire album played on an acoustic guitar with vocals – totally stripped down. The contrast was amazing. And with this project I felt it was the right time to try to create that kind of contrast myself. 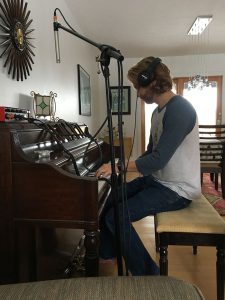 Each ‘Reprise’ track was recorded live in our living room, on an upright piano that my wife’s uncle left to her. I tried to create a different take on each song, keeping things between me and the piano – simple parts…lots of space.

My hope was to catch some lightning in a bottle, to capture a moment when the songs were still pretty fresh in their final form, but before the mortar set. I played through each track 2 or 3 times and took the best one.