Skip to content
Explore - Song By Song
Get the E-book 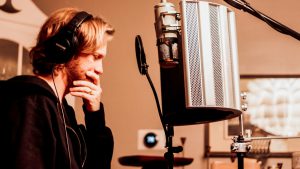 What is an album these days anyway?

I remember being frustrated with some of my favorite artists as I waited patiently (and impatiently) for a new record. If you’re a professional songwriter, how hard could it be to come up with new material every year. I never really understood just how hard it is to create a handful of songs that you feel proud of, that hold meaning, have something to say, that are ‘worth standing in the rain for….’
I started this project way back in 2015 and while some ideas come quickly, others have taken quite a bit of time to manifest, shape and articulate. The first demos started as Voice Recordings via iPhone in my home studio. And a lot of who I am has changed since the first chords where strummed. 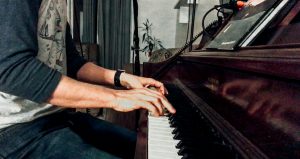 Since then I’ve gotten married, became a dad two-times over, moved, started a new career, and learned to look at the world with new perspectives.

It was time to think about writing a bit differently, to focus on stories and characters rather than history and experience. It was time to write some happier music.

I’ve always been incredibly fascinated with the circumstances, locations or the the moments that birth songs and this project is my attempt at ‘showing my work’ so to speak. For me, the process is as important as the product and i hope that the documentation of this journey gives this new collection of songs some deeper roots.

Through this process I wrote and recorded with dear friends in a camp in the Adirondacks, learned process and spun songs with a couple of my musical heroes on a farm in rural Ohio, and put in the work grinding through ideas in my small home studio after the kid (and now kids) had fallen asleep.

So this ‘album’ is an attempt to not only add some music to the universe, but an attempt to share the evolution of these songs, to pull back the curtain on influences, process, location, circumstance and execution. I want to share the earth that they grew out of. Hence, the book, this site. 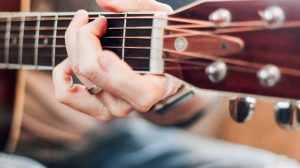 So what’s an album these days, anyway? I’d argue it’s no longer about the number of songs that fit on a plastic disc, but it’s a complete thought, a time capsule and story that we can lay over our own lives in some way.

Thanks for lending me your ears.